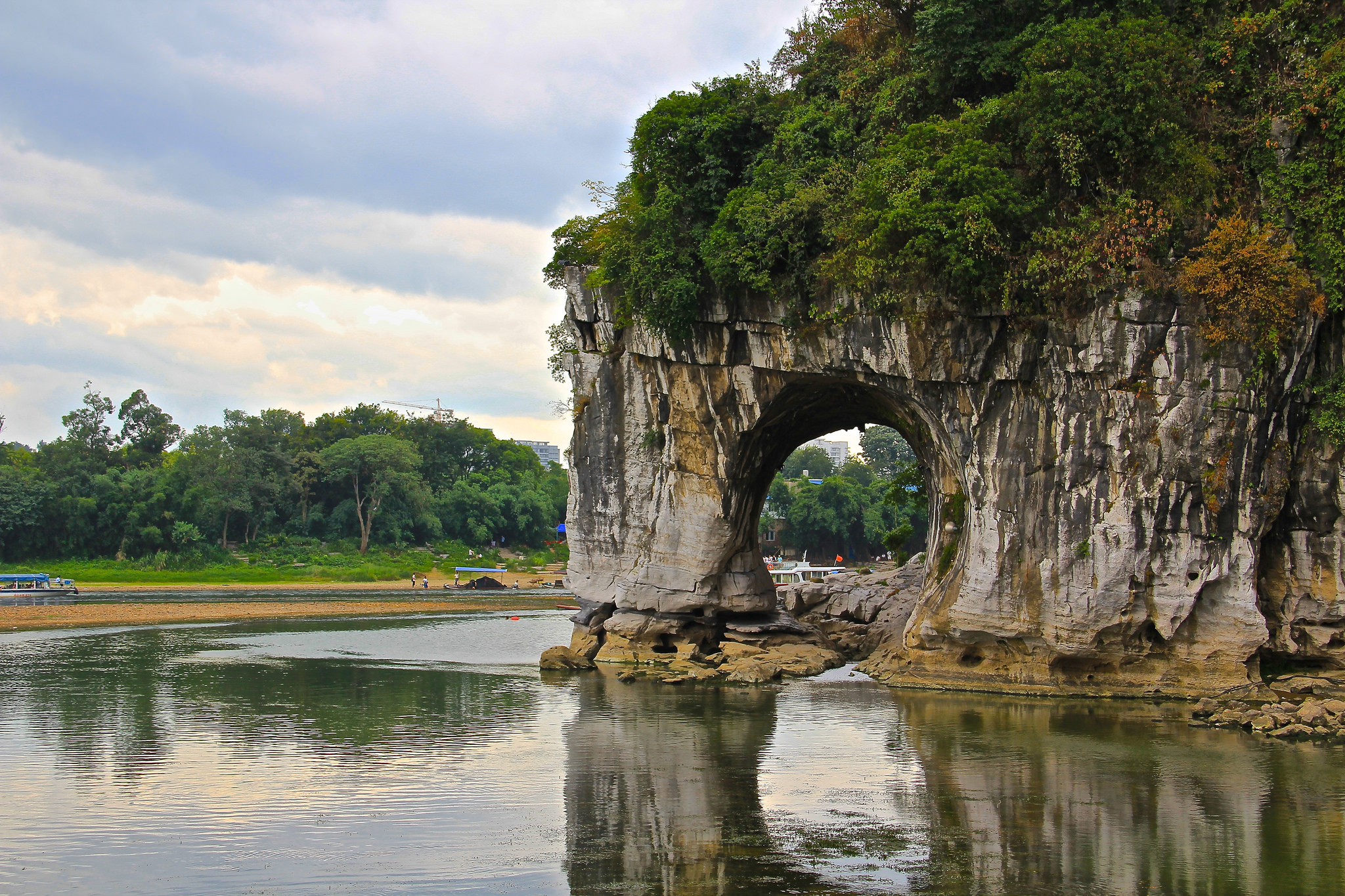 Guilin is home to a diverse range of spectacular attractions, including magnificent pagodas and finely carved statues, as well as beautiful bridges and century-old pavilions. While all of these places are worth visiting, there are times when you simply need to get away from the noise and bustle and spend time admiring nature. Here are the top things to do and see in Guilin. This mountain, tucked away within the Jingjiang Prince City compound, offers a tranquil respite from the bustle of the city. This small mountain, famed for its steep precipice and lush greenery, has inspired entire poems and songs. The beauty of the summit, according to one poet, is so distinct that other adjacent mountains cannot compare, hence the appellation “Solitary Beauty.” Hurry up to the top for a clear view of the city and the rivers below.

The Li is difficult to overlook because it runs straight through the heart of the city. The river runs down from Cat Mountain in Xinan County to its discharge in the Gonchen River. Take a tour of the rolling hills, karst peaks, tranquil blue water, and trickling waterfalls from a boat – tour operators range from bamboo rafts to large vessels. You might even witness cormorant fisherman and swimmers who aren’t afraid of the cold. Oh, the stalagmites, stalagmites, and stone pillars! Reed Flute Cave, located just north of town, is a water-eroded cave system notable for rock formations that resemble mythological creatures or other imagery depending on the viewpoint. Sure, the cave’s multicolored neon lights that light up the walls aren’t especially natural, but they contribute to the cave system’s beauty.

Seven Star Park is Guilin’s largest park, covering 134 hectares and boasting a plethora of natural attractions. Its name comes from the park’s seven summits (four on Putuo Mountain and three on Crescent Mountain), which collectively resemble the Big Dipper constellation. Camel Hill (which is covered with plum flowers in the spring), the Seven Star Cave system, and a slew of mischievous monkeys may all be found here.

Old Man Mountain (Laorenshan) is a popular walk, especially among octogenarians in the early hours of the morning, because it offers an unimpeded 360-degree panorama of town. The climb to the top is hard and takes about 30 minutes, but the views are spectacular on a clear day.

The Guilin Tea Science and Research Institute, located approximately north-east of Guilin, is a must-see for tea aficionados. The institute, which spans 100 acres and has 250 distinct tea plants, was formed in 1965. The ground used for the tea plantation was previously a royal tea garden during the Ming era, according to the institute’s website. A demonstration of how tea is selected, processed, and brewed is available to visitors. The facility, which is the largest of its kind in the Guangxi region, produces 42 tons of tea every year.

The Sun and Moon Towers are located in the heart of Guilin. The towers, which are built in the manner of Buddhist pagodas, are best seen at night when they reflect silver and gold on the black lake. The Sun Tower is built of copper and stands 41 meters tall, while the Moon Tower is made of marble and stands 35 meters tall. The two towers are connected by an underwater tunnel that provides guests with a unique view of the lake as they pass through. The towers are considered to symbolize Guilin’s bright future and are a must-see for any visitor. It is ideally placed within Guilin city limits, approximately a 50-minute walk from the Guilin Train Station. A walk to the top affords an excellent picture like a traditional Chinese painting, with half of the beautiful lone peak in the river and the other half on land, with tumultuous currents smashing against the hill’s rocky base. Foods & DrinksMegustaChinafoodsGuilinrestaurants
Guilin is a foodie's dream, with hundreds of eateries of all kinds along most street corners and entire streets dedicated...